"What a Wonderful World"

Happy Thanksgiving! Well, Belated Thanksgiving! I hope everyone's thanksgiving was wonderful and amazing! My was pretty grand! I got to come home for Thanksgiving this year.  I don't normally come home so that was a nice little holiday present! Ryan and I spent the week together with the parents this week.  Then we had a bunch of family come over for Thanksgiving dinner!  I loved it! My family... yeah, we are pretty great!

Alright now for what I am thankful for:

First, I am thankful for my family.  I love them all very dearly! I think we have a pretty neat family! I love them! Its sad that we all live so far apart but we will be able to get together soon I hope! 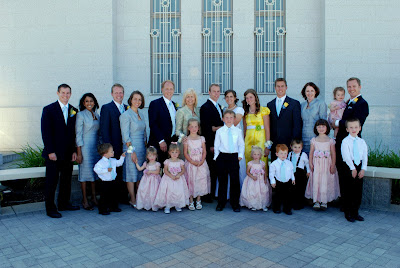 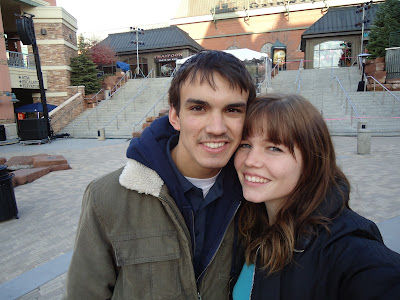 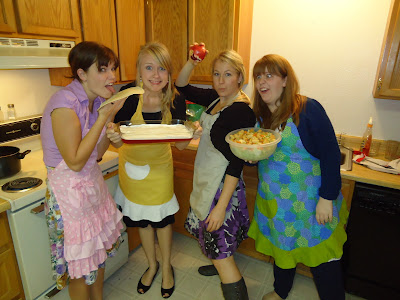 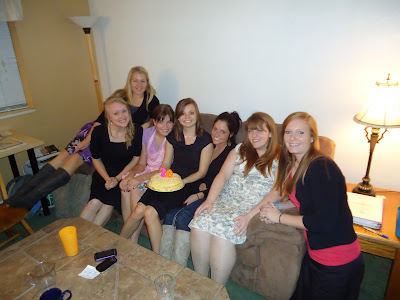 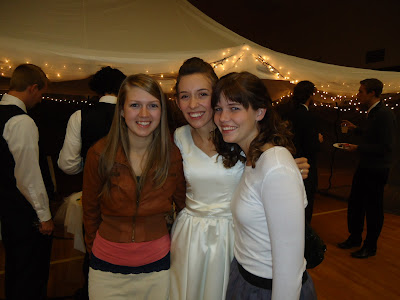 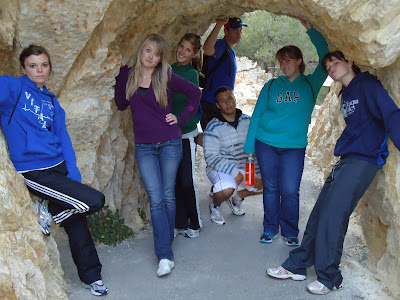 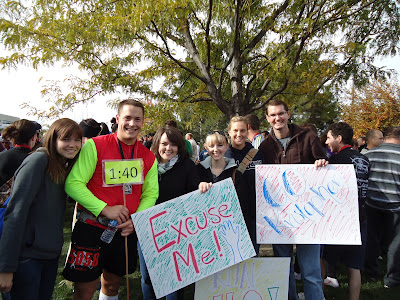 I am thankful for a lot! And I love that Thanksgiving gives us a chance to really think about it!
Posted by Tiare at 12:49 PM 1 comment:

I am obsessed with this guy and this song!! So good! This past Saturday I had the chance to see him play, in person! Thomas and I were in Salt Lake on Saturday around the Gateway and it just so happens that Jon Schmidt was playing that night as they did the lighting of the Christmas tree ceremony.  He played this song and I fell in love! So good! He is super entertaining to watch as well because he dances as he plays the piano!

It also got me super excited for Christmas!
Posted by Tiare at 8:47 PM No comments:

"The heart of life is good"

I applied for graduation! Not only that, but I have been accepted for Graduation!!!!

Am I excited? Yes.  Am I scared? YES! For the past five years, I have had a solid identity.  I have been a student at Brigham Young University.  But once I graduate, I no longer have that identity.  Whats scarier is I have no idea what my identity will be.  I don't know if I will have a job, a place to live, money to survive and so much more! But, I try not to think about that.  Right now, I am focused on my last semester of classes.  In one month, I will have completed my last semester! Then its the internship! I am so excited, I will finally have a chance to learn what I will be doing in my real job! And I have a chance to really help and improve the quality of life!

~I am on FOUR intramural teams! It has been a lot of fun and for the actual season, we weren't too good. But the tournament we have kicked it up a notch, or just got really lucky.

Soccer: We won our first game last night! And I scored my second goal of the season! It was a great game overall

Flag Football:  We won our second game last night! We are now in the final four of our division.  I hate to admit it but I think the only way we win is if the other team only has 5 girls and we have all seven of our girls there! But maybe not! We shall see!

Basketball: We won our first tournament game but lost our second.  I guess it is double elimination, so we have another game tonight. So we shall see what happens!

Volleyball: We won our first two games but then lost the second two.  I think that was because we only had two girls show up and a girl has to hit is at least once on each side.  And you can only have three guys on the court at once.  So, it made it a little tough, but its all good! Hopefully our next game we will have three girls there.

~I go home for Thanksgiving on Monday and I will be there until Saturday.  I am so excited for a break and to have a little adventure away from Provo.

~I made some pizzas on crescent rolls this past weekend with Thomas, Michelle and Wyatt.  That was a fun adventure. High recommend this way, easy and delicious.  You roll our the crescent rolls to they are like pizza crust, then put the pizza sauce, cheese and whatever toppings you enjoy.  Put it in the oven for ten minutes and walah! Delicious pizza's are ready to eat! Perfect for Kids, Teenagers, Adults, Anyone!! 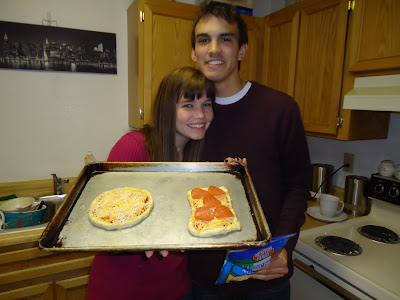 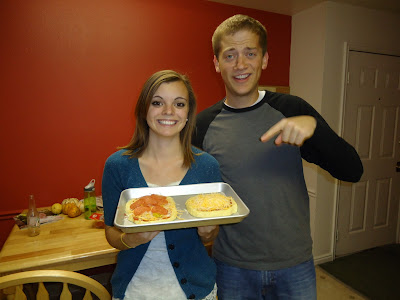 ~We had a football game on Saturday. And we dominated, so that was good.  But it was also really cold and we didn't stay long.  But Go BYU! 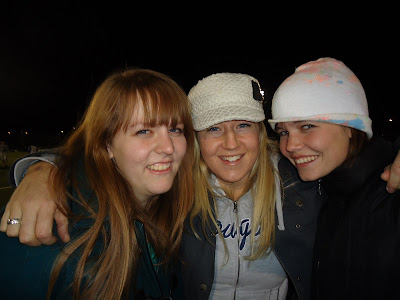 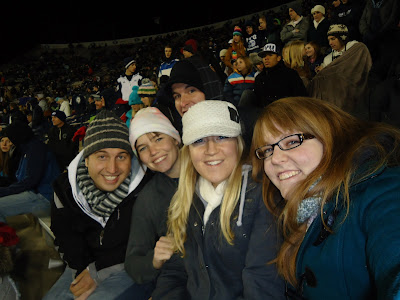 Halloween I was two costumes! First I was the evil mother from Tangled and let me tell you, I had a blast making myself look evil! I wore lots of evil make up, dyed my hair black, wore black boots, fake eyelashes! It was amazing! 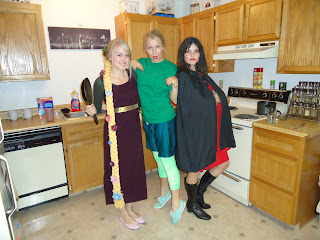 Michelle as Rapunzel, Jane as Pascal, Me as Evil Mother! 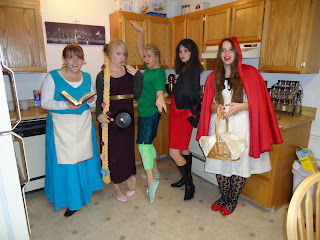 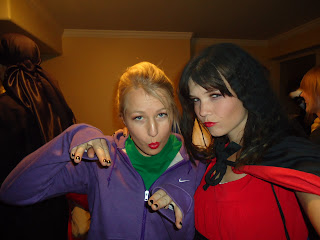 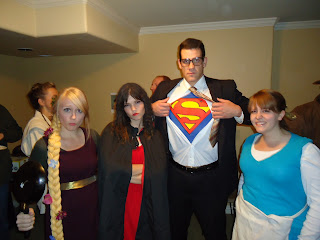 Superman here to save the day!

On actual Halloween, I went to campus and work as Justin Bieber! It was pretty great! Later that night, the roommates and I went trick or treating! Just like in the good old days! We ended the day with a darker movie, the presitge.  All in all, it was a great halloween! 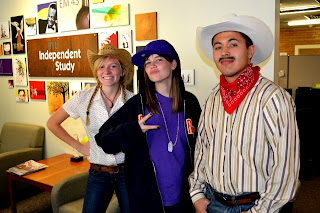 At work with Carrie and Rae 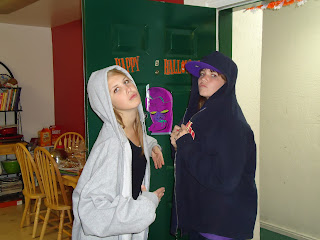 Annie and I being gangsta 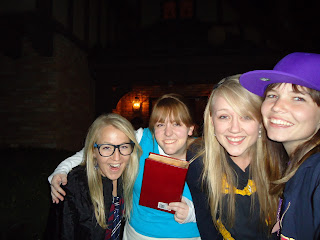 Tiare
I am a 21 year old girl who loves being around people. I am a senior at BYU and my major is Therapeutic Recreation and I hope to be able to work with troubled youth. I love capturing moments on camera, whether they be still or video! 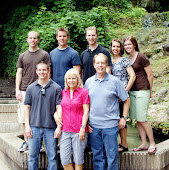 Some of my Favs